French Doors are an extremely popular alternative to back doors. External French doors are also perfect for transitioning between a homes interior and exterior spaces.

Due to their large glass panes, they allow plentiful amounts of natural light to filter into the home and contribute enormously to the sense of space within the home. But, with energy efficiency being such a growing concern for modern-day homeowners, does this classic design measure up to today’s standards?

If you’re trying to boost your home’s energy efficiency, it’s crucial to bear in mind that some materials conduct more heat than others. As such, the glass in your windows represents a bigger concern than the brickwork that surrounds them. Boosting the energy efficiency of windows has been an obsession for homeowners for decades – as typified by the relentless pursuit of ‘double-glazing’ technology. The same is true of glazed doors, with which efficiency has evolved leaps and bounds in recent years. But how do we compare the energy efficiency of one set of doors to another? 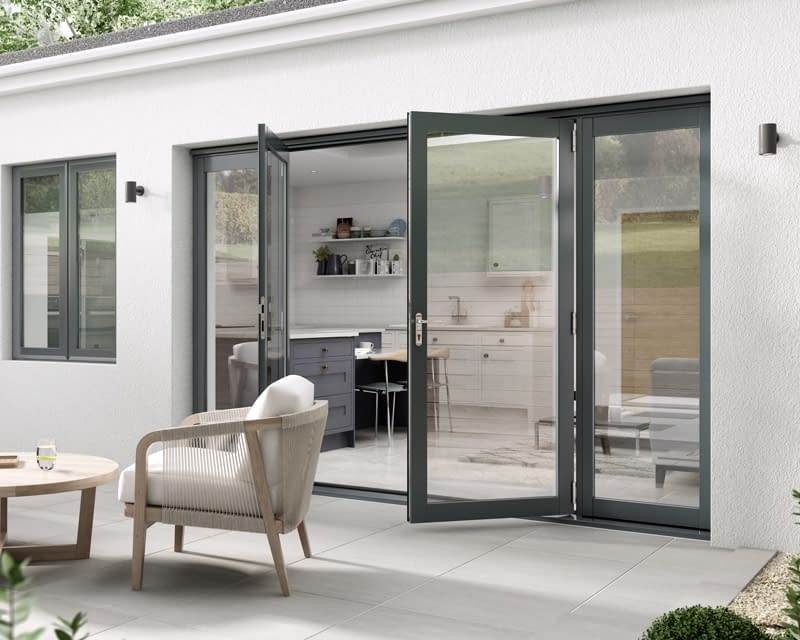 How is the Energy Efficiency of Doors Measured?

If you’re considering replacing any of your home’s external doors, you’ll probably want a way of comparing the energy efficiency of different sets.

The efficacy with which materials conduct or retain heat is most often gauged using one of two measures: the R-value and the U-value.

R-value measures the resistance to heat-transmission. It’s not terribly useful for describing doors, however, because it applies only to materials like glass and timber, rather than to an entire set of French doors.

U-value measures the ability of a door to conduct heat. The lower this number, the better.

A hypothetical door with a U-value of zero would be as energy efficient as possible – zero heat would be able to pass from one side to the other.

U-values are calculated according to watts per square metre per Kelvin (W/m²K). An average quality set of doors will have a U value of around 1.8W/m2K. Again, it’s easy to be misled by these figures, as the values quoted might refer to an individual component of the door in isolation (like the glass), rather than accounting for the entire thing. In addition, the U-value of a given sheet of glass might vary from one side of the door to the other. In the real world, doors are not uniform – and so these measures, while they’re technically accurate, don’t give a realistic picture of the door’s performance. 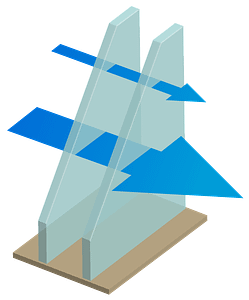 A more reliable indicator of the door’s efficiency comes in the form of a rating from the British Fenestration Rating Council (BFRC).

The BFRC’s job is to translate the more scientific (though less intuitive) measures into a helpful colour-coded system of categories which you can use to make a better-informed decision on which door to buy.

The most energy-efficient external doors and windows are given a purple “A++” rating, while the “E” rating is the worst you can get (while still satisfying building regulations).

While you might expect to pay a little more for a door meeting these standards, the investment might be worth it in terms of both the direct energy savings you’ll make, and the value the door should add to your home. 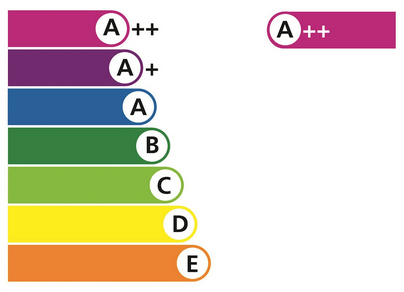 External French Doors are characterised by their large glass panels, which serve to increase the sense of space in the home. By swinging either inwards or outwards, they function no differently to an ordinary door. But how do exterior french doors fair in terms of energy efficiency and thermal efficiency?

It’s important to bear in mind how technology has evolved. A pair of energy efficient external french doors from the 1990s would be rated poorly by today’s standards. This is down to incremental improvements in glazing technology, like the practice of trapping an inert gas (like argon) between the double-glazing, or using a microscopically thin layer of metallic particles to reflect your home’s heat back inside the room.

You should also consider where in your home you’re going to be installing your French doors.

In the northern hemisphere, French doors installed into a south-facing wall will receive a great deal more natural light than those installed into a north-facing wall. This makes innovations like triple-glazing more trouble than they’re worth, as they’ll be repelling much of the energy which would otherwise heat your home.

How Do You Make French Doors More Energy Efficient?

If you don’t want to replace your current French doors for a newer, more energy-efficient alternative, you have several options.

Arguably the easiest is to place an obstacle behind the door, thus restricting the flow of heat – curtains, for example. The heavier, the better.

As wooden traditional french doors age, they’re prone to warping in response to heat, light and moisture. This is because the fibres expand and contract, unevenly changing shape.

One way to combat this is to opt for engineered timber doors, instead of doors constructed from a solid piece of wood. Engineered doors incorporate multiple wooden panels into one structure. This means that warping occurs in isolated areas, preventing any one area from experiencing significant shape change.

If you have old French doors that now have gaps around the edges which are causing draughts, you might get some relief by replacing the door’s rubber (or foam) seals. You can also place a draught-excluder at the foot of the door, and close up any remaining gaps using sealant. 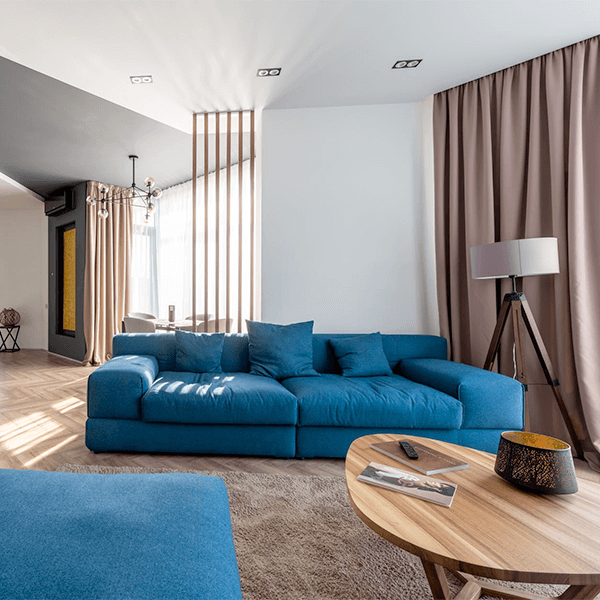 As far as patio doors go, external french doors are among the most popular. That doesn’t mean to say that there aren’t other alternatives out there that can do the job just as well. There are other external doors available that will help you cut down on your heating bills without compromising on style.

Another point to consider, however, is that sliding doors are better are preventing draughts from the outside. Due to the tighter seal around the large frame, sliding doors can be better suited for rooms with hardwood flooring, and other non-carpeted alternatives.

When looking at the energy efficiency of either style of patio door, it’s important to consider what is going to work best in your home.

Traditional french doors gave been utilised as popular energy efficient patio doors in modern homes. With their sleek and slender style, they are featured prominently in much home decor.